My first time to visit Siena in winter! It's not c

A weekend escape to Montefiascone, a city with 1.5

Hey, I'm visiting Colosseum again! This time, I b

Vatican city, from another side! Do you know where

Terme, is the best part, even today, there is no glory to be seen, however, from a non-professional’s eyes, a Terme very much near to our current life, it’s easier for us to picture what a shower style it was!

Last entry in a day: 1 hour before closing time Last week, I started to visit Museo Nazionale Romano, for a single reason, that it stands along my every-day passage to the language school, and whatever a foreigner or visitor for Rome would like to know something about this city, starts from the grand story of Romans. Unfortunately, I didn’t finish the Palazzo Massimo on the earlier afternoon, but I did enjoy the hot sticky afternoon hours in Terme di Diocleziano. This is one of the 4 museums, which you are able to buy a combined ticket to have all access to.

If you’ve, somehow, passed from Roma Termini (central train station) or Piazza della Repubblica which leads to Via Nazionale, you won’t miss the beautiful fountain and the magnificent Santa Maria degli Angeli e dei Martiri. Well, don’t take the wrong way like me and many others, the entrance is located on the side facing to Roma Termini – a small entrance hidden in the shadow of the trees, behind the magazine store. The museum is partially open to the public, which means, you won’t visit all like what you see from the Internet introduction or images, as well as the little front garden is under maintenance now.

The museum is built right on the ancient location of grand Roman terme, of which in the old time, entrance should even reach Piazza dell Repubblica. The time is around end of 2 century BC and around end of 5 century BC, it’s abandoned, together with the collapsing of the famous aqueduct, the Rome city and the empire. In medieval time, Michelangelo remade it by forming up a separate Basilica by the order of Papa. And now, Basilica remains as it is, and the left is turned to the part of Museo Nazionale Romano. I know the general story, but I will suggest to google a bit before giving a visit. If you are interested, I suggest this link for a read. 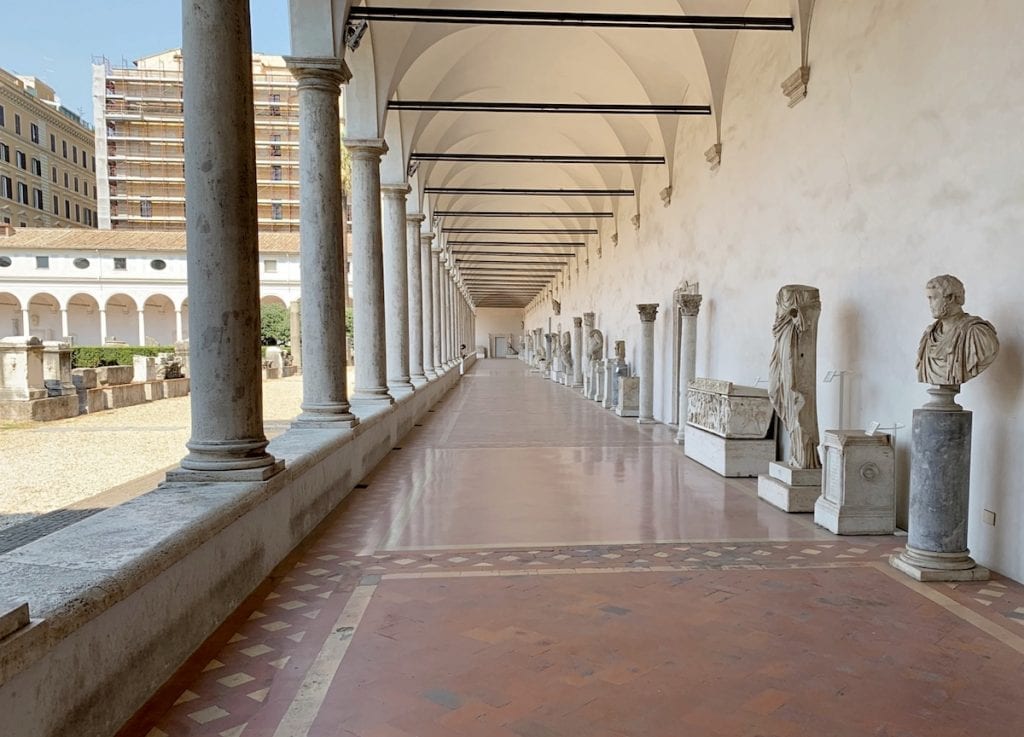 The museum mainly offers 3 parts to be visited, as my opinion:

The cloisters and the exhibition halls (including the most famous Michelangelo cloister) which displays the status from around 50 AC to 200BC, showing quickly the preference towards beauty, art, and culture near pre-empire and the beginning of empire era.

Terme part with the huge ground with the soaring-to-sky chamber brick walls. Thankfully the museum offers a short video to show the virtual terme in its most glory time, I would be able to picture it with the left parts now. It is said, but not officially confirmed, that the construction costs thousands of Christian slaves’ lives, in return, it’s the biggest Roman terme in the world, with a capacity of 3000 and offers library, public pools and even other hot/cold bath services.

The last part is hidden on the second floor where I found most interesting is the telling of the normal people in pre-Roman time – no Roman empire, no repubblica, and even no Romulus and Remus.

Obviously, to me, the second part – Terme, is the best part, even today, there is no glory to be seen, however, from a non-professional’s eyes, a Terme very much near to our current life, it’s easier for us to picture what a shower style it was! Sun Sep 1 , 2019
This is a place full of amazing Neapolitan bites and young energy in the lovely neighbor of Cavour/Monti in Rome center.   Ce Stamo A […] 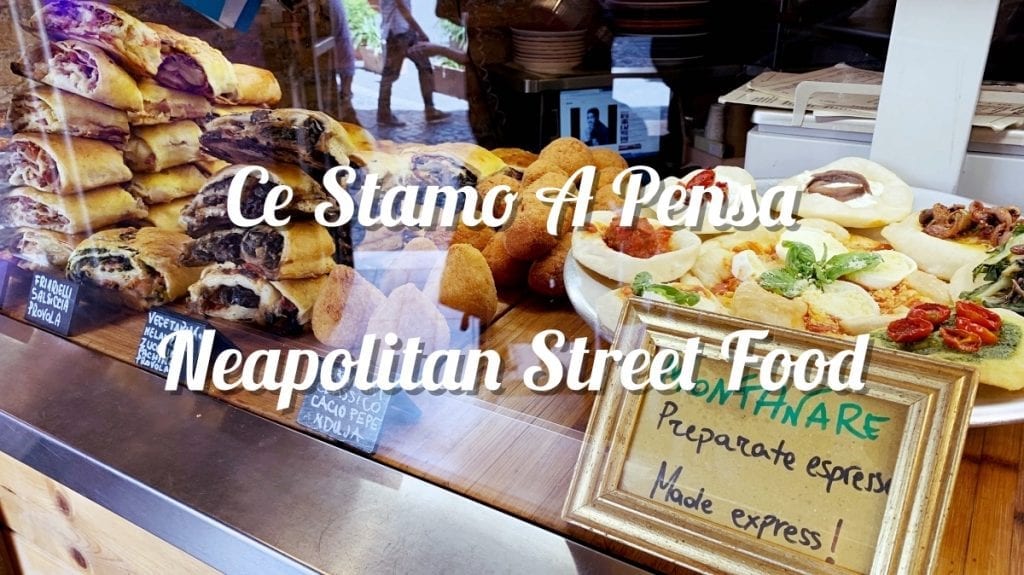 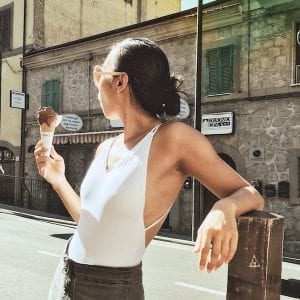 I'm Menty, a Chinese girl speaking English (and now Italian) more than Chinese. I live in Rome centre and love this city so much. Rome's local culture and hidden gems are my passion and I believe knowing the cultural stories about a place is the ultimate goal of visiting the place.